Twenty-eight years  – it’s a long time and over the past 28 a great deal has happened. The internet, mass computer ownership, mobile phones to name just three.  Twenty-eight years ago I was a twenty-nine year old newish dad, had some hair and worked for the Peak National Park teaching amongst others things, Navigation Skills.  I was already an old hack by that stage, having started to teach folk the dark arts of map and compass work 5 years earlier.

1990 stands out because that was the first time I had had a long article published in a national magazine, Country Walking.  That article was trying to explain why one should have Navigation Skills; why learn how to read a Map and a Compass.

That first article obviously hit the spot and since then I have written dozens of pieces for a host of magazines all extolling the virtues of navigation skills for walkers and other outdoor enthusiasts and two books on the subject.  And despite the passage of 28 long years, and all the changes that have happened over the years, one thing hasn’t changed; that to properly enjoy the outdoors safely, knowledge of map reading and some basic compass skills is still essential.

To be honest, it is probably more important today, than it was then.  There are more people out in the hills and many surround themselves with technology in the hope that that will keep them safe.  That is despite the regular news articles about some outdoor adventurers getting themselves lost due to the over-reliance on their GPS or worse still, mobile phone.

The more we rely on screens, the more removed we are from actually looking at the landscape and understanding it. This means we are less likely take that simple bit of kit, the map, out and use it. The more you use a map and compare it with the ground, the more familiar you will become with it and the more useful it will become to you.

The same goes for a compass.  They look complicated but if all you do with it, is to put it on your map and turn yourself and the map (and compass) so the red end of the needle points to the top of the map, then you have cut down on the likelihood of getting lost.  What you have just done is to orientate the map.  Turn it so the direction you are facing on the ground is the same that you are looking at the map. 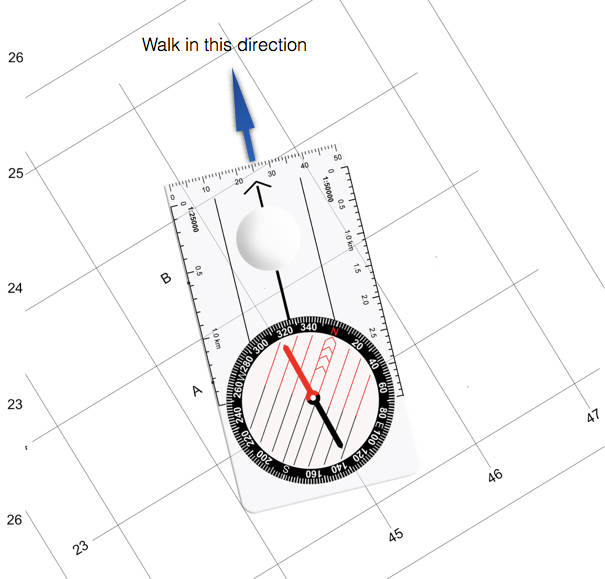 I meet many people on my navigation skills courses who think that navigation is difficult, It isn’t.  Read a good book and/or go on a course and practice for yourself,  you’ll soon see the benefits.  You’ll enjoy your walking more, you’ll get lost far fewer times (if ever) and you’ll not be tempted to rely on technology.  Avoiding tech will also mean that you won’t have to keep up with the next 28 years of changes that come along!

Book on a Navigation Skills Course Today
Browse our navigation courses, and end your over-reliance on technology. Pete Hawkins is an experienced and Qualified Navigator. Find out More